Deadline of income tax return filing extended up to Jan 10 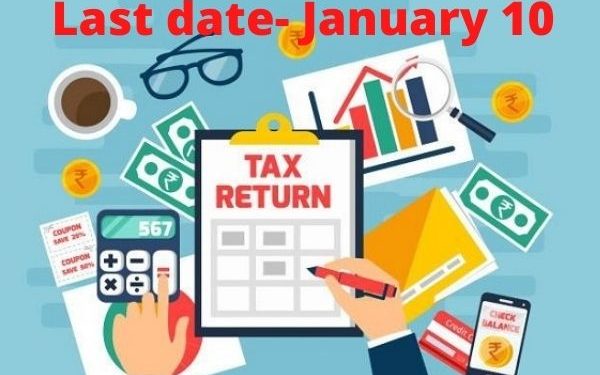 SunstarTV Bureau: The Central Government has extended the last date for filing income tax from December 31 to January 10, today.

Earlier, more than 4.54 crore tax returns for 2019-20 fiscal have been filled till December 29, informed IT department.

In comparison with the last year, 4.77 crore income tax returns were filed. At the close of deadline for filing ITRs without payment of late fees for fiscal 2018-19 (assessment year (AY) 2019-20), over 5.65 crore returns were filed by taxpayers.

According to official data, individuals filing tax return for fiscal 2019-20 have slowed so far in the current year, while filings by businesses and trusts have increased.

Returns in ITR-1 Sahaj can be filed by an ordinarily resident individual whose total income does not exceed ₹50 lakh, while form ITR-4 Sugam is meant for resident individuals, Hindu Undivided Families (HUFs) and firms (other than LLP) having a total income of up to ₹50 lakh and having presumptive income from business and profession.

Over 33.93 lakh ITR-2 (filed by people having income from residential property) were filed till December 29.

During last year, the due date for filing ITR by individuals who do not need to get their accounts audited was August 31. However, the date has been extended till January 10 this year on account of the COVID-19 pandemic.