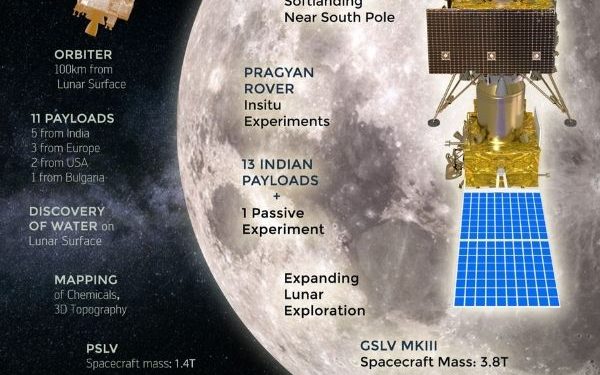 Bangalore (SunstarTV Bureau): The Indian Space Research Organisation had released its first set of data from the country’s the Chandrayaan-2 for the general public uses through the PRADAN portal hosted by the Indian Space Science Data Centre (ISSDC), on 24th December 2020. Chandrayaan-2 was launched on July 22, 2019 from the Satish Dhawan Space Centre at Sriharikota in Andhra Pradesh and the orbiter which was injected into a lunar orbit on September 2, 2019, carries eight experiments to address many open questions on lunar science.

ISRO, stated, “All experiments have been performing well and the data received suggests excellent capability to deliver on the pre-launch promises.”

According to ISRO, the Chandrayaan-2 data is required to be in the Planetary Data System-4 (PDS4) standard, and is required to be peer reviewed scientifically and technically before acceptance as PDS archives and declared ready for sharing with the global scientific community and the general public.