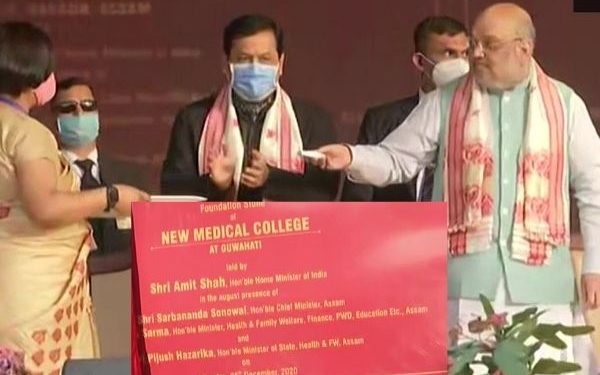 During the event he also announced about opening of nine law colleges and for ‘Batadrava Than’,

“By signing the Bodoland Territorial Region agreement, the Modi govt has initiated the process of establishing peace in Assam. Bodo youths who had taken up arms have now joined the mainstream,” said Union Home Minister Amit Shah.

There was a time when separatists used to give arms in the hands of the youth in the Northeast states. Almost all armed groups have joined the mainstream and the startups launched by youth are competing with other startups globally.

Answering what is the way forward, Amit Shah said development is the only way forward. “Development is happening and will happen further but ideological change is also needed and that can’t happen only through development, he further added.