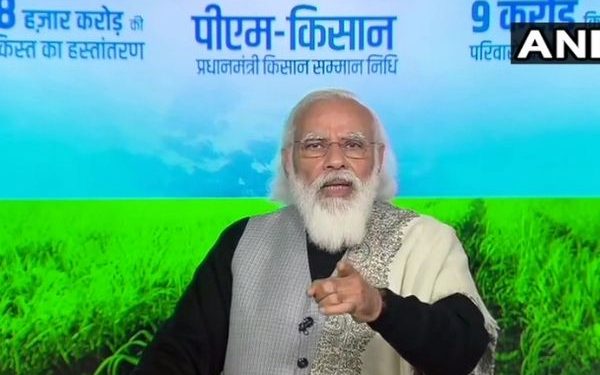 During the PM Kisan Samman Nidhi conference, PM questioned, “Mamata Banerjee’s ideology has destroyed Bengal. Her actions against the farmers have hurt me a lot. Why is the Opposition quiet on this?”

Talking about the mandis, Modi stated, “The groups who are talking about mandis, APMC are the ones who destroyed West Bengal, Kerala. There are no APMCs and mandis in Kerala. So, why are no protests in Kerala? Why don’t they start a movement there? But they are only misguiding the farmers of Punjab”.