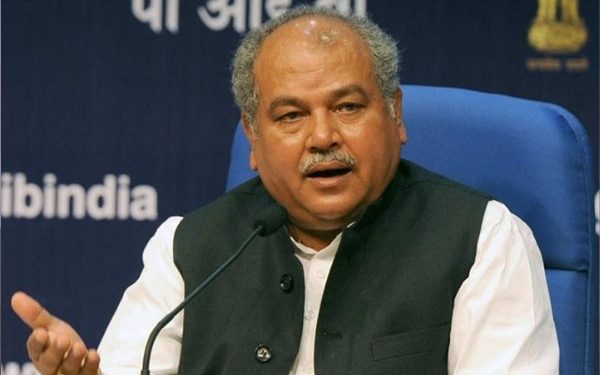 SunstarTV Bureau: Union Agriculture Minister Narendra Singh Tomar has urged the farmers from Punjab to end their agitation and talk with government.

He has called the farmers to come forward and hold discussions with the Centre to resolve the deadlock over the three newly-enacted farm laws.

Tomar, who is leading the talks with 40 farmers unions, hoped that farmers would understand the importance of these three legislations and will hold discussion with the government to reach a solution to break this stalemate.

Stating that there is some misconception in minds of Punjab farmers, the agriculture minister said: “I want to urge them to leave the protest and come forward for the dialogue. I am hopeful that farmers will understand the importance of new laws and reach a solution.”

Meanwhile, Prime Minister Narendra Modi on Friday released ₹18,000 crore as the next installment under the Pradhan Mantri Kisan Samman Nidhi scheme to over 9 crore farmers amid the intense protests against the farm laws for the past one month.

While interacting with the farmers, PM Modi slammed the Opposition for spreading lies and rumours about the new farm laws. “Some people spreading misinformation that if you sign a contract, private companies won’t just take your produce, they’ll take your land! So much falsehood,” PM Modi said.

Thousands of farmers and their family members are protesting at various Delhi borders for nearly a month seeking repeal of the three farm laws. So far, five rounds of formal talks between the Centre and 40 protesting farmer unions have remained inconclusive.

The government has written twice inviting them for the next round of talks at a date of their convenience.