SunstarTVBureau:The Bhartiya Janta Party (BJP) is going to organise 700 press conferences and 700 chaupals in all the districts of the country on the new farm bills. 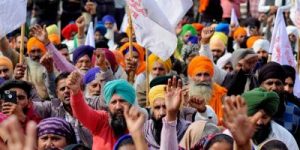 As Farmers from different states have been camping at Delhi’s Singhu, Tikri, Ghazipur, and Chilla (Delhi-Noida) border points for nearly two weeks now to demand a repeal of the farm laws enacted in September.

On Thursday, farmer unions threatened to block railway tracks across the country and all highways leading to Delhi if their demands are not met. The announcement came a day after farmers’ leaders rejected the government’s offer to amend the new agri laws and give a “written assurance” on continuing the Minimum Support Price (MSP) system.