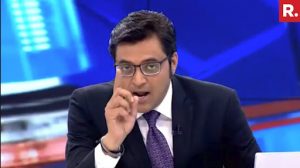 Google on Wednesday released its annual ‘Year in Search’ list, where it published a list of ‘most searched personality’ in 2020.

According to the report, Arnab Goswami became the Google trend after he was unlawfully arrested from his house,on November 4, which turned out to a mass global campaign demanding his release from Taloja Jail .

Other names in the list include – Kanika Kapoor at number 3 following her contraction with the virus after attending a party with top politicians in Lucknow, North Korean Dictator Kim Jong-Un and the rumors surrounding his health and alleged ‘vegetative state’ at number 4, and Bollywood superstar Amitabh Bachchan who had also given fans a jolt this year after he tested positive for Coronavirus at number 5.