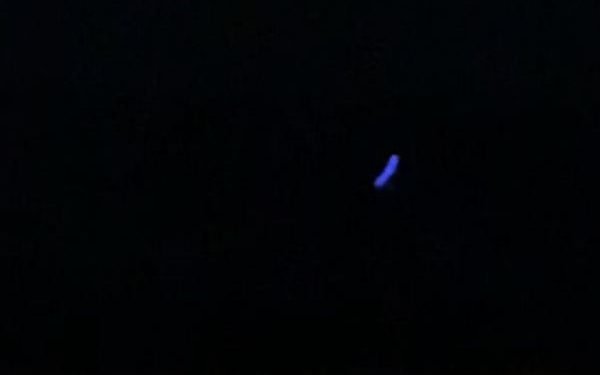 Hawai (SunstarTV Bureau): After the recent rumors of Monoliths around the world, another mystery continuous over a video of an Unidentified Flying Object (UFO) streaked across the evening sky before crashing into the ocean near Hawaiian island of Oahu, gone viral.

According to reports, multiple witnesses alerted the police and the Federal Aviation Administration (FAA) after they spotted a bright blue light over the skies in Oahu on January 5 at around 8.30 pm.

However, officials from the Federal Aviation Administration (FAA) said that, “there were no aircraft incidents or accidents in this area at that time. But multiple witnesses reported seeing of a large blue object fall out of the sky and into the ocean.”

A woman named Moriah told Hawaii News Now that she spotted the UFO passing over Princess Kahanu Estates. “I look up and then I was like oh s***!” she said. “I started calling my husband… I was like hey. Come look up there. See if you see what I see. They all said yea!”