PM flags off 100th Kisan Rail from Maharashtra to Shalimar SunstarTV Bureau: Prime Minister Narendra Modi has flagged off the 100th ‘Kisan Rail’ from Sangola in Maharashtra to Shalimar in West Bengal via video conformance, on Monday. 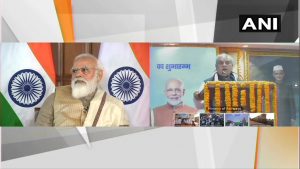 Along with this, the Centre has also extended a subsidy of 50% on transportation of fruits and vegetables. 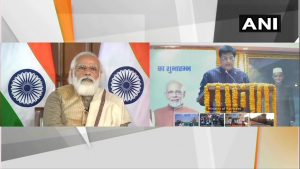 India’s first Kisan Rail was introduced from Devlali to Danapur on August 7, 2020, which was further extended up to Muzaffarpur, whereas, the first Kisan Rail from south India chugged off from Anantapuramu on September 9 carrying 322 tonnes of fresh fruits to Azadpur Mandi in the national capital.