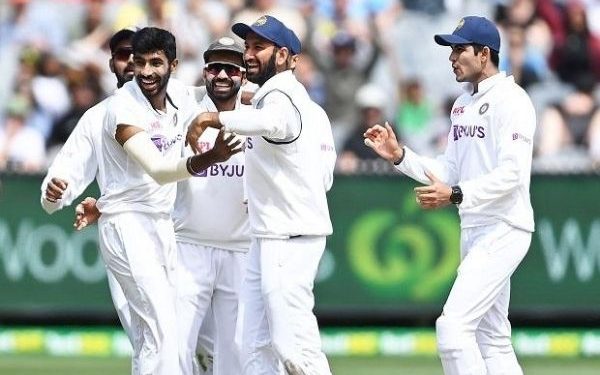 SunstarTV Bureau: India won by eight wickets in the second Test on the fourth day to level the four-match series 1-1, at Melbourne Cricket Ground (MCG) on Tuesday.

India thumped Australia by chasing a mere 70 to win, India overhauled to target in 15.5 overs with more than four sessions to spare.

Skipper Ajinkya Rahane (27 not out) and opener Shubhman Gill (35 not out) took the side past the finish line after India lost Mayank Agarwal (5) and Cheteshwar Pujara (3).

India had wrapped up Australia’s second innings for 200 in the extended opening session on Tuesday morning after the hosts began at 133 for six.

Virat Kohli has wished the players congratulations on the victory and aims to keep on winning rest of the matches.

What a win this is, absolutely amazing effort by the whole team. Couldn’t be happier for the boys and specially Jinks who led the team to victory amazingly. Onwards and upwards from here 💪🇮🇳

India had taken a 131-run lead on the third day with skipper Ajinkya Rahane leads from the front on Day 2, as he smashes a century off 195 balls to take India’s total past 250 runs. Ravindra Jadeja is batting alongside him. India had reached the score of 277/5 at Tea with Rahane and Jadeja on the crease.

Number six Cameron Green was top-scorer for the hosts with his 45-run knock while make-shift opener Matthew Wade made 40.

Green and Pat Cummins (22) added 57 runs for the seventh wicket with the pitch offering nothing to the bowlers. The partnership was broken only after the new ball was taken.