Asit, a spectacular theater actor based in Mumbai and is widely known for his versatile acting skills, aims to make the film as an experiment. 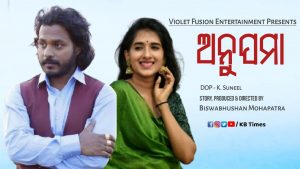 Divya, the protagonist of the film said, “The story revolves around an ambitious girl, Anupama, stays in the city as a paying guest and develops a relationship with a boy from the owner’s house.”

“Since we had to shoot everything in sync, we followed a rigorous pre-production process with the cast and crew. First, we conducted a reading session for seven-eight days. Then we conducted an on-location rehearsal, followed by a dress rehearsal. This was followed by on-camera and on-location rehearsal. Everything was done to maintain perfect sync among cast, crew and extras,” said the actor.

He also added that the Bishwa Bhushan Mahapatra directorial will have six major characters, with Divya and him in the lead.