Mumbai (SunstarTV Bureau): Actor Gorkha is coming to the screen of actor Akshay Kumar. The movie “Gorkha” is based on the biography of an army officer. Major General Lan Cardozo lost his leg in a landmine explosion. He later led battalions and brigades. The Gorkha movie is based on his real life story.

The film’s poster was released on last Friday, sparking controversy. A former Gorkha Rifles military official tweeted that the weapons seen in the poster were not weapons. According to reports, the controversy over Akshay Kumar’s ‘Gorkha’ film poster sparked controversy. The reason for the controversy is that a former army officer has objected to the poster of the film. In which he tweeted. “The poster shows Akshay Kumar holding a weapon,” the Gorkha said. He asserted that his confession had been obtained through torture, and that his confession had been obtained through torture.

Dear @akshaykumar ji, as an ex Gorkha officer, my thanks to you for making this movie. However, details matter. Kindly get the Khukri right. The sharp edge is on the other side. It is not a sword. Khukri strikes from inner side of blade. Ref pic of Khukri att. Thanks. pic.twitter.com/LhtBlQ9UGn

He also thanked Akshay Kumar for making the film on Gorkha and urged him to change the khukri seen in the poster. The former army officer tweeted that the size of the weapon was not correct. “It simply came to our notice then. He also uploaded a photo of Khukri on Twitter. Akshay Kumar also responded to Major Manik M. Jolie’s tweet. Akshay thanked the officials for their handling of the Gorkha poster and said that they would look into the matter in the near future.

Thanks for your kind and respectful reply @akshaykumar ji. Uniform is very close to our hearts. My aim of pointing out was only to ensure that everything is perfect for your movie. Thanks again for making #Gorkha and my best wishes. Look forward to seeing it. Jai Hind. 🙏 https://t.co/RCQlZfuMaK 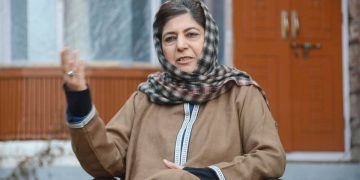