SunstarTV Bureau: The Center told the Supreme Court, that it was against forcing couples into having a certain number of children in a bid to cut population explosion. 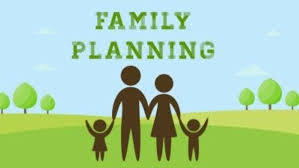 The Union Ministry of Health and Family Welfare said in an affidavit, “The Family Welfare Programme in India is voluntary in nature, which enables couples to decide the size of their family and adopt the family planning methods, best suited to them, according to their choice, without any compulsion.”

It said India was a signatory to the Programme of Action (POA) of the International Conference on Population and Development, 1994, which was unequivocally against coercion in family planning.

The Ministry explained, “In fact, international experience shows that any coercion to have a certain number of children is counter-productive and leads to demographic distortions.”

The government was responding to the court’s direction to a petition filed by advocate Ashwini Kumar Upadhyay to introduce a population control law. Mr. Upadhyay said population explosion had been the bane of the country

There was also the National Health Policy (NHP) 2017 which provided for a policy guidance to inform, clarify, strengthen and priorities the role of the government in shaping health systems in all its dimensions.