SunstarTV Bureau: Over 104kg of gold worth Rs 43 core, which was seized in a raid, has gone missing from the custody of the Central Bureau of Investigation (CBI). 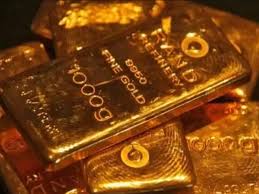 The CBI said that it had handed over the 72 keys of the locker to Chennai principal special court for CBI cases and no date of handing over the keys was mentioned in the documents.

The agency also claimed that the weight of the gold was 400.5 kg during the seizure but the weight was varied while handing over to the liquidator, appointed to settle the debt case between Surana and State Bank of India (SBI) and this was the reason for the difference in weight.

The Madras High Court ordered Tamil Nadu police for the investigation as the gold is a part of 400.5Kg gold which was seized by the CBI in the form of bars and ornaments during the raid at Surana Corporation Ltd in Chennai in 2012.

However, Justice PN Prakash refused to accept this submission. Though the Special Public Prosecutor of the CBI contended that the prestige of the CBI would come down if the investigation is done by the local police, Justice PN Prakash in his order observed that “… the law does not sanction such an inference. All policemen have to be trusted and it does not lie in the mouth of one to say that the CBI has special horns, whereas, the local police have only a tail.”

In 2012, the search was conducted in the office of Surana Corporation Limited in Chennai on a corruption case registered against the company and officials of Minerals and Metals Trading Corporation (MMTC).