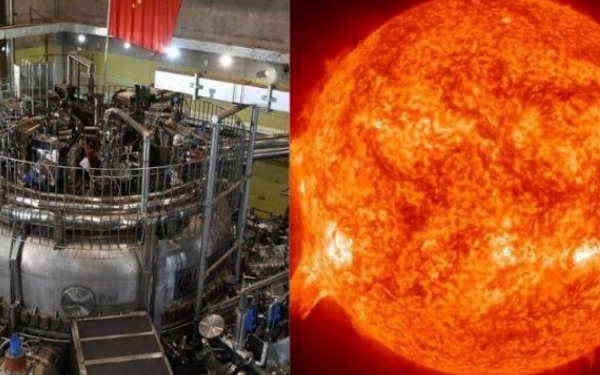 SunstarTV Bureau: China in its quest for clean energy, powered up its ‘artificial sun’ for the first time.

China on Friday made another step forward in its nuclear power research capabilities, as it operates a new generation nuclear fusion reactor research facility. The nuclear reactor is expected to provide clean energy, artificially.

The ability to generate such ultra-high temperature is essential for the research of fusion process, replicating the way the sun produces energy using hydrogen and deuterium gases as fuels.

The International Thermonuclear Experimental Reactor (ITER), which is under construction in southern France, is designed also to operate at up to 150 million degrees Celsius (270 million Fahrenheit).

The scientists have been working on developing the smaller version of nuclear fusion reactor since 2006.