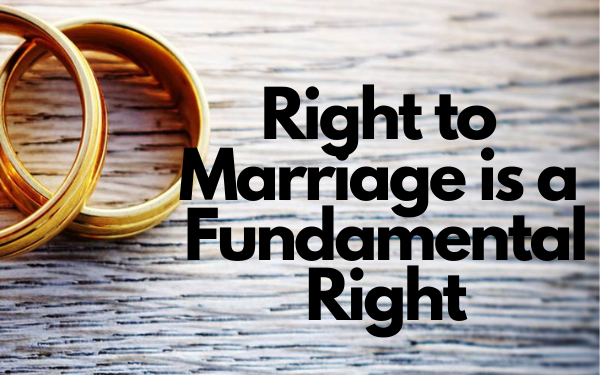 SunstraTV Bureau: The Karnataka high court has said that the right to marry a person of choice is a fundamental right, no one should be deprived of that in anyway.

The court judgment came on Monday on a habeas corpus petition filed by a resident of Bengaluru.

“It is well settled that the right of any major individual to marry the person of his/her choice is a fundamental right enshrined in the Constitution of India and the said liberty relating to the personal relationships of two individuals cannot be encroached by anybody irrespective of caste and religion,” the bench comprising justices, S Sujata and Sachin Shankar Magadum said.

The whole story behind the petition:

Wajeed Khan, a software engineer by profession, had approached the high court last week for the release of his lover Ramya G from home confinement. Ramya is Khan’s peer at the company where he works.

The woman was produced before the court during the hearing, where she told the bench of justices that her right to liberty was being infringed by her parents who were against her marriage to Khan.

The court ordered that Ramya should be released.

The judgement comes in the backdrop of two similar judgments by Allahabad high court and Delhi high court. The Allahabad high court had earlier held the right of a person to live with the individual of their choice irrespective of the religion practised by them, and constituted it as intrinsic to the right to life and personal liberty.