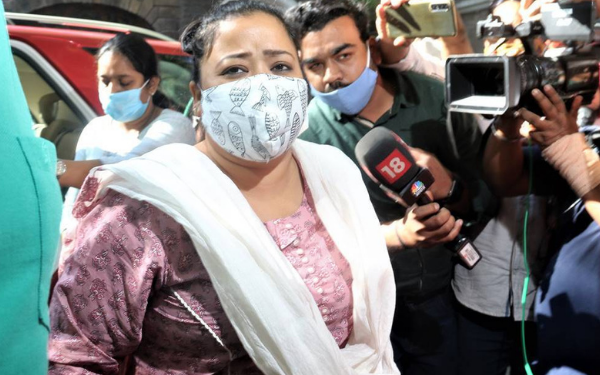 Mumbai (SunstarTV Bureau): A magistrate’s court of Mumbai granted bail to comedian Bharti Singh and her spouse Haarsh Limbachiyaa, who were arrested by the Narcotics Control Bureau (NCB) earlier, today.

Comedian Bharti Singh and her husband Harsh Limbachiya were sent to judicial custody till Dec 4, after being interrogated by the Narcotics Control Bureau (NCB) for 15 hours on Saturday.

NCB had raided production office and house of comedian Bharti Singh and from both the places recovered marijuana of weight 86.5 gms. Both Bharti and her spouse had admitted to the charges.