Odisha is marching towards the second wave of Covid-19 during the onset of December’s second week, despite a record number of recoveries in last few days.

The projection is made by keeping other countries’ second waves in view, said an official. At a review meeting, Chief Minister Naveen Patnaik emphasized on vigilance, citing examples of Kerala and Delhi, where cases have faced resurgence. “In order to avoid the second phase of the infection, we need to strictly adhere to the safety rules, such as wearing a mask, maintaining social distance and washing our hands,” he said. 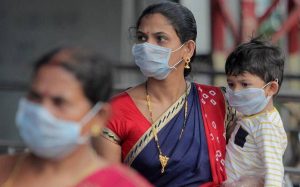 According to the projection the second wave may hit the state between December 15 and January 15.

The Covid positivity rate in Odisha is under 3 percent –seen over last three days- is well below nation’s average of around 7 percent. The recovery rate is 45.32 percent, higher than that of national average.

A technical expert team has been constituted to figure out possible scenarios and to prepare for the possible second wave, said Additional Chief Secretary, Department of Health, PK Mohapatra. Chief Secretary A K Tripathy said a task force is formed to prepare a standard protocol for the care of the post Covid complications in the people.