In this male dominating society, women always have clawed their way up, to get social recognition. Thriving and acing in any field has never been an easy cup of coffee for the Indian women. But some resilient ladies, deny to succumb to the mindset of the society and rise above conventional notion of ‘What a woman should do?’ The live examples are these five ladies who made it possible to get their names inscribed in the Forbes’ richest women list.

In the Forbes list Malika apexes amongst the Indian female entrepreneurs. Kiran Mazumdar-Shaw is famously known for chairing the largest biopharmaceutical company of India, Biocon Limited. Kiran had founded this company in 1978.

In this 2020 Forbes Kiran is only Indian self made female billionaire. Biocon also has Asia’s largest insulin factory in Malaysia’s johor region. In the covid19 pandemic Biocon received Indian regulatory permission to conduct phase 4 trial for its drug as a potential treatment for covid-19.

According to Forbes list she is the 2nd richest women in India with net worth of Rs-33639 cores. 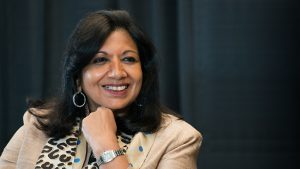 Now, Vinod runs this company with her son Anil covering at least 40 countries around the world including 12 manufacturing factories.

According to Forbes Vinod comes 3rd in the list of richest females in India. Today her net worth is Rs-25961 cores. 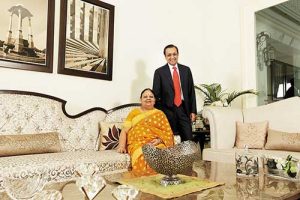 Leena Tewari is the chairperson of company USV India. USV India was founded by her grandfather Vithal Balkrishna Gandhi in 1961.

This company is well known for its biotechnology and specializes in diabetes as well as cardiovascular drugs. USV is also building a new formulation plant in Gujrat, Indian. According to Forbes list Lena is the 4th richest female of India.  Today her net worth is total Rs-21939 cores.

Sabitri Jindal is the head of the Jindal steel and power limited after her late husband Om Prakash Jindal .JSPL is a steel and energy company based in Hisar, India. JSPL is a part of Jindal Group Company having an estimated value of 130 crore.  This company mainly produces steel and power through the waste from its own iron ore and energy.

Sabitri is also the world richest mother and has contributed in public work.  She also has been honored with prestigious award like Acharya Tulsi Kartritva Puraskar in 2008.

These exemplary women have made it evident that if you aim something you can achieve it. 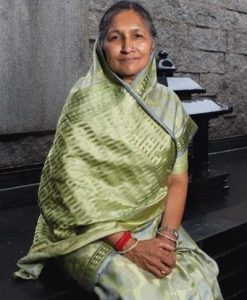