Voters amidst the chaos of Covid and election New York: People of America are on the threshold of fretting. In spite of the lethal pandemic situation, US voters have cast their votes with a record number on November 3, 2020. 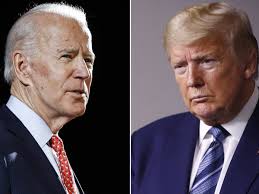 Both the noticeable candidates have made their final pitch to the voters. Mr. Biden campaigned in Pennsylvania and Ohio, as Mr. Trump toured the voting battlegrounds of Wisconsin, Michigan, North Carolina and Pennsylvania.

The US has recorded more cases and more deaths than any other country worldwide, reporting more than 81,000 new infections on Sunday alone. But nothing could break down the American spirit of democracy. Nearly 99 million people have already cast their ballots in early voting, putting the country on course for its highest turnout in a century. 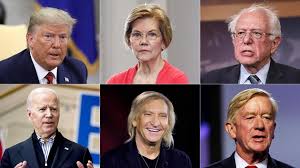 It has become a back-breaking job for FBI to protect the law and order. More than 300 lawsuits have been filed over the election across the country, mostly around changes to procedures driven by the pandemic.

People are angst and anxious for the day to end.  The inside reports have brought to light the fact that Trump is planning on announcing his victory early, if he looks like he’s ‘ahead’, even if crucial states haven’t finished counting.

Can the polling of the most powerful country of the world will end without being perjured? Will the law makers abide by the law themselves? The answers still remain unfolded.