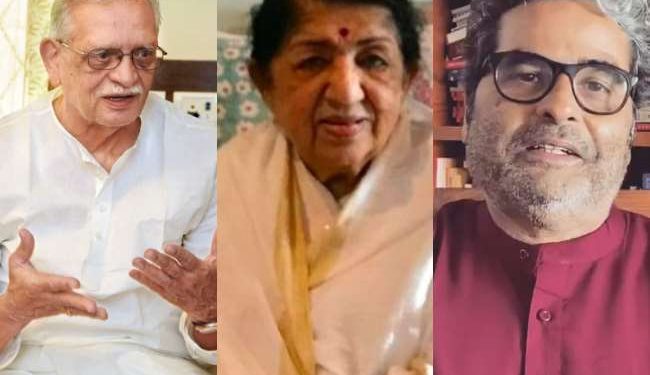 SunstarTV Bureau: Filmmaker Vishal Bharadwaj and lyricist Gulzar said the duo had recorded a song with Lata Mangeshkar 26 years ago that would be released on Tuesday. The song “Ok Nehi Lagta” was recorded for a film. But the song was not released.

The song will now be released on the 92nd birthday of Lata Mangeshkar in collaboration with Bharadwaj’s label ‘Vibi Music’ and ‘Moj’ app. Speaking at a press conference on Monday, Bharadwaj said that he had recorded the song ‘Ok Nehi Lagata’ with Mangeshkar before the film ‘Machis’. The song was written for a number of other films, which could not be made.

The filmmaker told the media that they recorded the song at the time. Unfortunately, the song for which the song was composed could not be made. The song was also lost along with the film. He considered making a film again. But 10 years later, it became clear that the film could no longer be made. Bharadwaj said the tape on which Lata Mangeshkar’s song was recorded went lost and the recording studio was also closed. He further said that two years ago he received a call from another recording studio that he had found a tape with the name of Bharadwaj.

Investigation revealed that the tape was missing and that Lata Mangeshkar also had the song. Bharadwaj said Lata’s voice was on a different track. That’s why they orchestrated it again because it looked a little old.

Lata Mangeshkar praised Gulzar and Bharadwaj in a voice message. Gulzar called Bharadwaj a Columbus who was looking for a song.