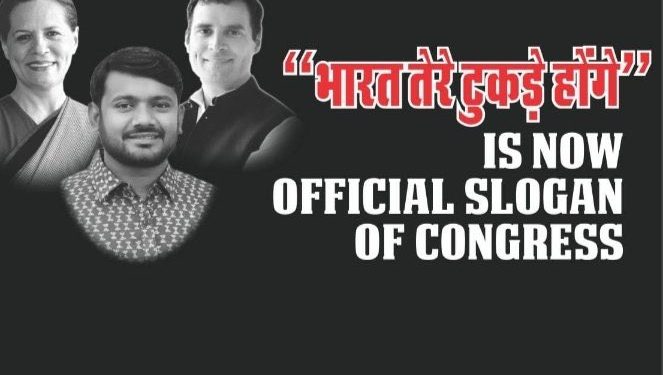 New Delhi (SunstarTV Bureau): The former JNU student and CPI leader Kanhaiya Kumar joined the All India Congress Committee at the headquarters here on Tuesday in presence of party leader Rahul Gandhi. But BJP never leave a chance to slam the party.

“It was Kaniya Kumar who had earlier spoken of breaking India. Dialogues like Bharat tere tukde honge and Afzal tere armano ko manzil taak pochayenge were heard from Kanhaiya. He also claimed that Indian army rapes and today Sonia Gandhi and Rahul Gandhi are standing with garland to welcome him in the party,” said Bagga.

Earlier, Kanhaiya Kumar had joined the Communist Party of India (CPI) ahead of the 2019 general elections. He fought elections from his hometown Begusarai in Bihar against the BJP’s Giriraj Singh, but lost to his key rival.

Kanhaiya Kumar, the former President of JNU Students’ Union, was arrested on charges of raising ‘anti-national’ slogans at an event in 2016 on occasion of death anniversary of Parliament attack mastermind Afzal Guru.

Similarly, Jignesh is currently the MLA of Vadgam in Gujarat. He joined the Congress ahead of next year’s Assembly election in that State.

The induction of Kanhaiya Kumar and Jignesh into Congress is likely to strengthen the party during its struggle in the country.