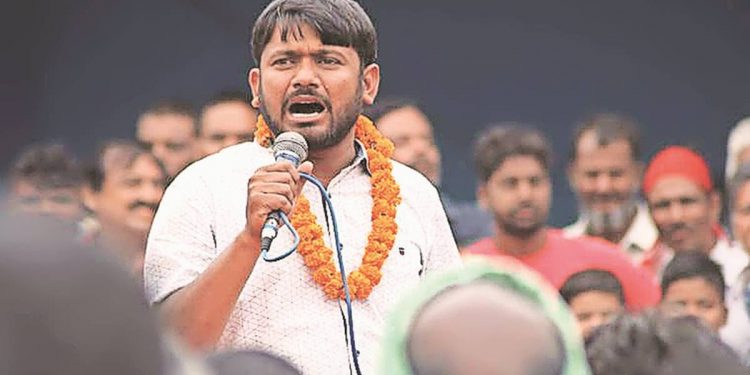 New Delhi (SunstarTV Bureau): Former JNU student union president Kahnaiya Kumar is rumored to be joining the Congress tomorrow. Meanwhile, Kahnaiya AC was reportedly removed from his room at the CPI’s state office in Patna. Rumors of his leaving the CPI have been circulating for days. Now that the AC has been removed from the party office room has cleared the whole scenario that Kahnaiya Kumar is leaving the CPI soon. CPI State Secretary Ramanresh Pandey said Kahnaiya had taken his AC from the party office.

Ramanresh Pandey said Kanhaiya Kumar had installed air conditioning (AC) in his room in the state office for himself and his people. He also asked for permission to remove the AC. I said, this is your personal property. You can take it. Kanhaiya told party leaders that he would install AC wherever he took the room.

Party leaders and activists are also discussing Kanhaiya’s joining the Congress. Kanhaiya Kumar has also speculated that he will not speak on the issue. Kanhaiya, the former president of the JNU Student Union, was waiting for the party leader in Delhi last Tuesday. The party high command was waiting for Kanhaiya to come and give her response. However, Kumar did not come to the party office. The team has expressed dissatisfaction with Kanhaiya ‘s approach.

Kanhaiya contested the 2019 Lok Sabha elections from Begusarai in her home town of Bihar. But he lost to BJP candidate Giriraj Singh by 7 lakh votes. In the election, Kanhaiya received 2.8 lakh votes, while Giriraj received 4.6 lakh votes. Dalit leader Jignesh Mewani, who represents the Gujarat Badgam constituency, could be made the party’s state executive president.