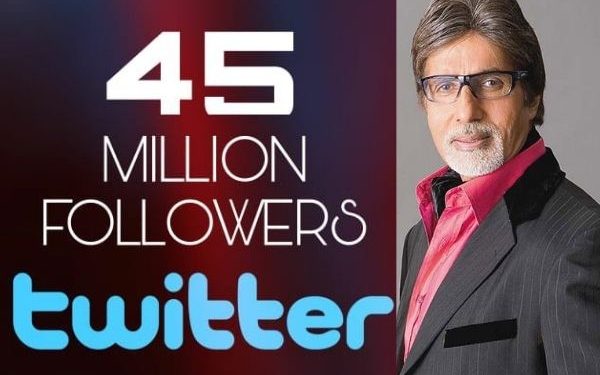 Big B has celebrated the milestone with a throwback picture taken after his accident on the set of his 1983 release, Coolie. 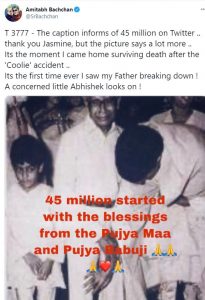 Taking to Twitter Amitabh, thanked one of his fans, who posted an old black-and-white picture of a young Bachchan, seeking blessings from his late father, poet Harivansh Rai Bachchan.

On the photo, the fan wrote, “45 million started with the blessings of Pujya Maa and Pujya Babuji.”

Recalling the moment, Bachchan said that the picture was taken right after he came back home from hospital, after surviving the accident.

He captioned, “The caption informs of 45 million on Twitter… thank you Jasmine, but the picture says a lot more… Its the moment I came home surviving death after the ‘Coolie’ accident… Its the first time ever I saw my Father breaking down ! A concerned little Abhishek looks on.”