SunstarTV Bureau: The Standing Committee of National Board of Wildlife (SC-NBWL) in its 60th meeting has approved the advisory for management of Human-Wildlife Conflict (HWC) in the country. 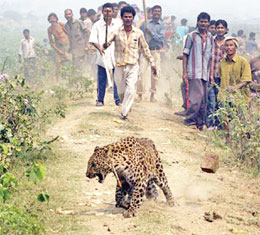 The advisory makes important prescriptions for the States and Union Territories for dealing with Human-Wildlife conflict situations by empowering gram panchayats in dealing with the problematic wild animals as per the section 11 (1) (b) of Wild Life (Protection) Act, 1972.

NBWL is constituted by the Central government under Section 5 A of the Wildlife (Protection) Act, 1972 (WLPA). The Standing Committee of NBWL considers proposals after a series of levels of scrutiny and has recommendations of the state chief wildlife warden, state government and the state board for wildlife.

During the meetings of SC-NBWL, the views of the expert members are taken into consideration before arriving at decisions.