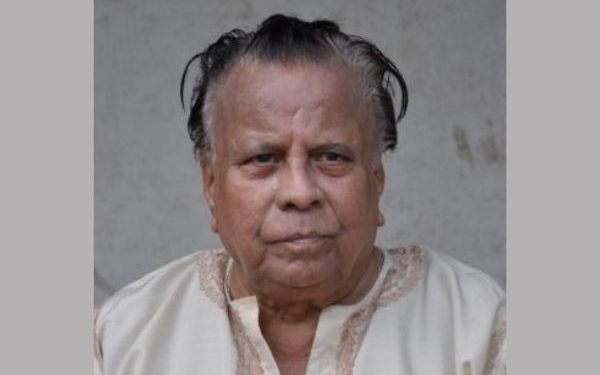 SunstarTV Bureau: Padma Shri awardee veteran music director Shantanu Mohapatra, passed away at an age of 84 on Wednesday night around 12:30 am.

He was treated in a private hospital for being severely ill. He was admitted in ICU from last Sunday.

Shantanu’s life at a glimpse

Shantanu Mohapatra was born on November 1936, Baripada in Mayurbhanj district. He received B.Sc in Applied Geology and Geophysics in 1957 from the Indian Institute of Technology, Kharagpur. He joined the State Directorate of Mining and Geology Government of Odisha in June, 1957 as a Geologist from which he later retired as the Director (Mining & Geology) in 1994.

A born singer, Mohapatra learnt vocal music from Sangeet Narayan Banchhanidhi Panda from the age of five years and was ready for public performances at the tender age of nine years. Shantanu Mohapatra is a multi faceted personality who has shown his talent both as a singer and music director.

As a ‘Top Grade’ composer of AIR & Doordarshan, for over 30 years, Shantanu Mohapatra has composed hundreds of oriya modern songs. Besides composing hundreds of songs and scoring Music for about 10 Jatra’s (Folk Theatre).