SunstarTV Bureau: The year 2020 will undoubtedly go down in history as the worst year ever. The way it started from a deadly virus which destroyed not only India but also the whole world.

Here are some of the worst things that had happened in India, which we will never forget in our entire life. 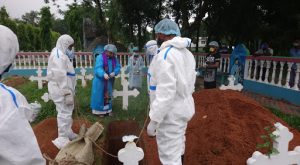 The death toll due to Covid-19 is on the rise. In India, till May 27, 4,337 people have died due to the contagious corona virus disease. More than 1,50,000 people have been stricken by the virus in India. 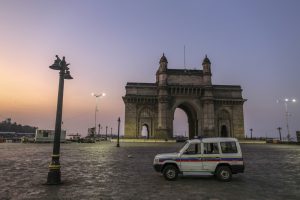 On March 25, India imposed the first total lockdown to ensure that the spread of corona virus is slowed down giving enough times for the action’s health infrastructure to be ready for the food of patients. The lookdown has been extended till May 31 and has had many debilitating impact on human lives and the economy. The government has meanwhile rolled out RS 20 lakh-core stimulus package to revive the economy. In a horrific incident, on May 9, 16 migrants were killed when a good train runs over them near Aurangabad in Maharashtra. Thousands of migrant workers in India, who were marooned whenever they were working, due to the sudden lockdown in the country, have been walking to their native villages. Despite government guideline, these daily-wagers who have lost their jobs have defied the rule to be with their families. The central and the state governments have been unsuccessful in providing food, shelter and transport for many of these migrants.

Bloodbath at the market: 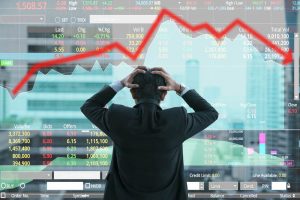 The Corona virus pandemic has hammered the stock markets around the world. In India, the sensex which was ruling at over 40,000 before the covid-19 crisis has lost over 10,000 points to fall to just over 30,000. Market capitalisation of billions of dollars has been wiped out. Nobody can predict when things will improve. 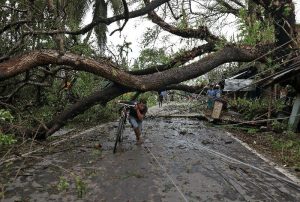 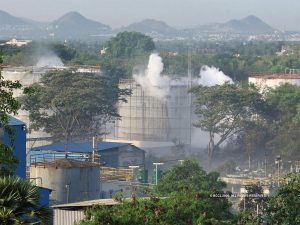 Family members react as they mourn deceased relatives a day after a gas leak incident at LG Polymers plant, at king George Hospital mortuary, in Visakhapatnam on May 8, 2020. Engineers battled on May 8 to prevent more toxic gas escaping at a chemical plant on India’s east coast. 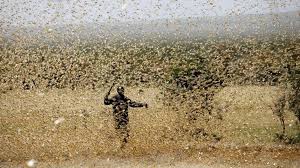 Swarms of locust have entirely covered many parts of Madhya Pradhes and Rajestan in India, causing huge damage and raising concern over India’s food security.

Delhi saw communal riots erupt over the citizens’ Amendment Act as many people took to the street to oppose the CAA and ended up disrupting public order. More than 50 people were killed in the riots. 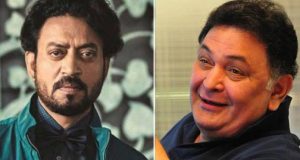 Bollywood stars Irrfan Khan and the legendary Rishi Kapoor passed away in Mumbai. The shocking and sudden death of the two stalwarts led to gloom in the movie industry. The stars’ fans too joined in mourn the demise. The forest fires in Uttarakhand have been brought under control but it will be a long while before they are completely put out, as raging forest fires also have a devastating effect on the state’s glaciers that are the lifeline of the major rivers flowing through India’s northern plains. According to experts, ‘black carbon’ from smog and ash has covered the glaciers which might make them melt faster.