SunstarTV Bureau: Indian Ministry of Health and Family Welfare has released a detailed data on the country’s COVID19 cases as compared to world’s other countries.

When compared globally, India’s cases in COVID rise per million population is amongst the lowest in the world (7,397). The global average is 10,149. Countries such as Russia, UK, Italy, Brazil, France and USA have much higher cases per million population, informed Ministry of Health & Family Welfare. 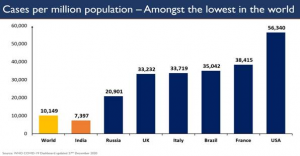 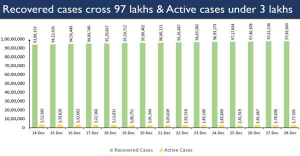 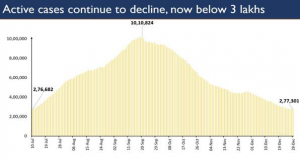 72.99% of new recovered cases are observed to be concentrated in 10 states/UTs. Kerala has reported a maximum number of single-day recoveries with 3,463 newly recovered cases. 79.61% of the new COVID19 cases are from 10 states and UTs, showed the data. 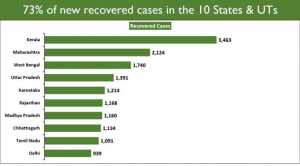