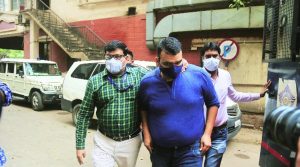 According to the Mumbai police, Ramgarhia was offered holiday packages and shopping coupons by a TV channel for sharing confidential information on the chosen audience for assessing viewership patterns.

As per the report, Ramgarhia had received illegal financial benefits in the last couple of years. But after the evidence police sent a team to the BARC office in Mumbai, on Friday.