SunstarTV Bureau: Odisha emerged as the 6th priciest state in the country, as for the month end of November 2020.

Prices of almost all commodities are burning the pocket of the common man across the state, especially cities like Balasore, Bhubaneswar, Rourkela, and Berhampur.

According to the report by Central Statistical Organisation (CSO), Rural Odisha drills the maximum brunt as the inflation rate is higher at 8.95 per cent. 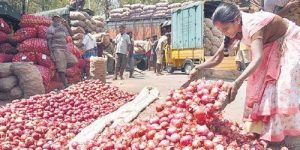 Odisha has always been doubly vulnerable to high price shock whenever demand supply mismatch, triggered rising price in the country.

According to 2018 report from Credit Rating Information Services of India Limited (CRISIL) Odisha had been the third priciest state nationally for Fiscal Years 2013 – 2017.

As per the experts the only solution for this problem is to raising the production of edible oilseeds like groundnut and mustard.

However the income of the laymen is still stagnant, making the livestock of common men unbearable. The economy hitting new low, government has turned blind-eye towards the plea of the fellow citizens.

India to install GPS in all vehicles