24 police stations to be set up for Khumbh mela security SunstarTV Bureau: Twenty-four police stations will be set up for security and crowd management in Haridwar during Mahakumbha 2021.

From January 14, these police stations will take the responsibility of maintaining policing, traffic, crowd management and patrolling the fair zone. 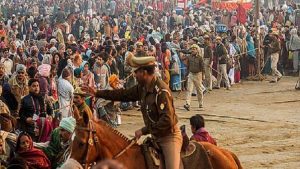 Kumbh Inspector General of Police Sanjay Gunjiyal said, “The first lot of Kumbh force police personnel has arrived in the city and soon, a second batch of additional force will be joining for duty. Training has been given to Kumbh force personnel. Kumbh police station plays a vital role and is in addition to the local district police stations.”

The exact number of Kumbh force personnel to be deployed will be decided by fair administration by early mid-February, keeping in mind the Covid-19 spread. 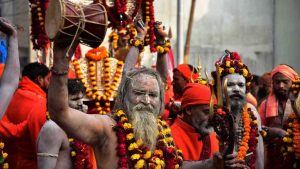 As per a release by the Chief Minister’s Office, Urban Development Minister Madan Kaushik said that well-planned arrangements will be made to ensure the devotees face no problem during the ‘Kumbh Mela’.

ABAP head Mahant Narendra Giri assured the government that the body will fully cooperate with the state government for the successful organisation of the ‘Kumbh Mela’.

Kaushik said that 35 to 50 lakh people are expected to take the holy dip in Ganga daily during the ‘Kumbh Mela’ 2021.