SunstarTV Bureau: Fraudsters of Jamtara, ill-famed as cybercrime capital of India, targeted the smart city Bhubaneswar for their next crime destination.

The Commissionerate Police recently released a video and alert people, as the cyber fraudsters of Jamtara in Jharkhand are engaging unemployed engineers to commit various online frauds as part of their phishing scam.

In the video, the cops have warned people to stay away from callers who identify themselves as bank officials and seek your personal information with regard to their ATM/ Credit cards or bank account details. 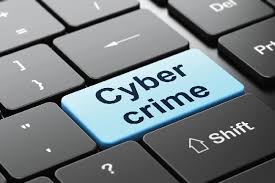 The Commissionerate Police also highlighted an audio conversation on how innocents are being fooled. In the video released, an unidentified person can be seen making a call to a common man by identifying himself as a staff of the State Bank of India (SBI). The caller is trying his best to win the confidence of the customer and sensing even a little trouble, the caller threatens him that his bank account/ ATM card will be closed. Using several tricks, the caller is trying to collect the 16-digit ATM card number as seen in the video.

The cyber criminals are resorting to new techniques to fraud money from the accounts of innocent customers in different parts of the State.

Earlier, Cyber criminals were found opening fake Facebook accounts in the name of Police Commissioner, Sudhanshu Sarangi and DIG (Investigation), Anup Sahoo and many other senior officials and celebrities to extort money from people.

APP sets to contest UP election, 2020