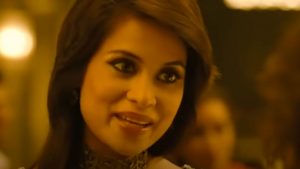 The police found her body at her house lying on the floor, with nose bleeding and vomiting.

According to the report, 33-year-old actress was alone at her house in Kolkata’s Jodhpur Park. Her maid informed the neighbors after she did not respond to doorbells and phone calls on Friday morning.

The body was sent for post mortem examination and a forensic team collected samples from her room, as the police are also trying to verify if this is a case of drugs overdose or some reason.

The daughter of late sitarist Nikhil Bandyopadhyay, had acted in ‘LSD: Love Sex Aur Dhoka’ (2010) and other films besides ‘The Dirty Picture’ (2011). She had also done some modelling jobs in Mumbai.