SunstarTV Bureau: An ex-Israel general and current professor, Haim Eshed has conformed in an interview about the alien’s existence and are secretly working with the government of US and Israel. 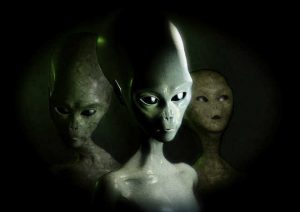 87 -Year old, Haim, stated, there is an agreement between the US government and the aliens as they wish to research and understand ‘the fabric of the universe’. Even the agreement reached between the two sides also includes a secret underground base on Mars.

He mentioned, “If I had come up with what I’m saying today five years ago, I would have been hospitalized”. He has also made similar claims in his book – The Universe beyond the Horizon – conversations with Professor Haim Eshed.

Eshed remarked that US President Trump did not reveal the existence of aliens because the Galactic Federation insisted, “humanity is not ready yet”. The aliens insisted, “humans need to evolve and reach a stage where we will… understand what space and spaceships are”.

Neither President Trump nor the US government has reacted to Eshed’s claims but Twitter has been flooded with responses ever since the interview was published.