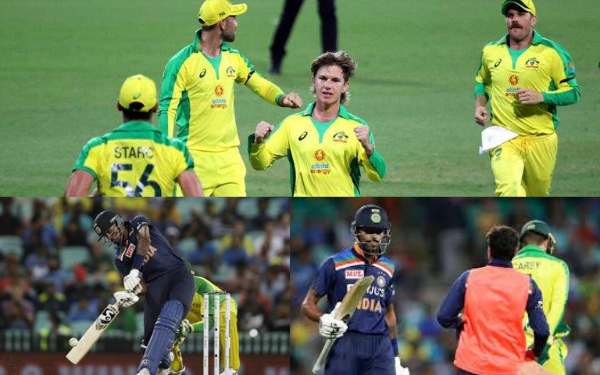 Winning the toss, Australia had taken the wise choice to bat first and set a mammoth rut target of 375 at the end of the 50 over with a loss of 6 wickets.

David Warner and the Aussies skipper both gave a strong start posting a 150-run partnership.  Smith and Glenn Maxwell took charge in the end-overs to propel Australia to a strong score.

Hardik Pandya and Shikhar Dhawan impressive half-century and 100-run partnership, with an individual score of 90 and 74 respectively, kept India in the hunt against Australia’s massive total of 374. But could not chase the target even at the cost of 9 wickets. India settled for 308 runs at the end of 50 over. Skipper Virat Kohli disappointed the cricket lovers with a run score of 21.