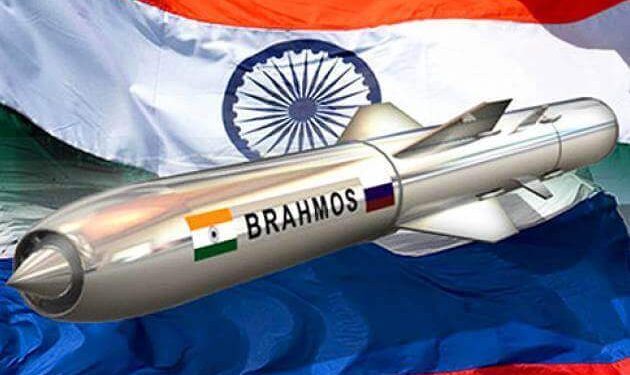 SunstarTV Bureau: India test fires BrahMos supersonic cruise missile from Andaman and Nicobar Island territory today. The test is part of the launches being undertaken by the Indian Air Force.

The test firing of the surface-to-surface variant of the BrahMos supersonic cruise missile with a strike range of 300 Km was successful. The Indian Air Force has both land and air-launched versions of the missile.

It is a joint venture between India’s Defence Research and Development Organisation (DRDO) and the Russian Federation’s NPO Mashinostroyeniya, who together have formed BrahMos Aerospace. It is based on the Russian P-800 Oniks cruise missile and other similar sea-skimming Russian cruise missile technology. The name BrahMos is a portmanteau formed from the names of two rivers, the Brahmaputra of India and the Moskva of Russia.

Earlier in September, BrahMos surface-to-surface supersonic cruise missile featuring indigenous Booster and Airframe Section along with many other ‘Made in India’ sub-systems was successfully flight tested for designated range from ITR, Balasore in Odisha. The BrahMos Land-Attack Cruise Missile (LACM) was cruising at a top speed of Mach 2.8.