SunstarTV Bureau:  Actor Kartik Aaryan is amongst the most sought after actors in Bollywood today. For someone who started off his career with a sleeper success that took off after a slow start. Today, he is one of the most reliable young stars around with many back to back successes in the recent times. No wonder, he now has half a dozen films up his sleeves that would arrive in 2021-2022.

Now- a- days Kartik is on headlines for his lined up big budget mainstream films such as: 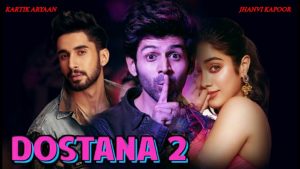 The original had starred Desi girl-Priyanka Chopra, John Abraham and Abhishek Bachchan but had been criticised for its caricaturish representation of a gay character.

Dostana, one that released in 2008 and the Dostana 2 that’s releasing in 2020, you will see that the representation is accurate and on point. The movie talks about sexuality in a way that, it will not make you cringe while watching it.

Makers decided to release this film on December, whereas the date is not fixed yet. 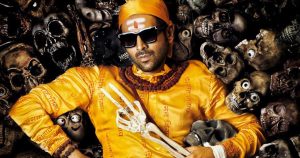 The comedy horror film, starring of Kartik Aaryan and Kiara Advani’s, Bhool Bhulaiyaa 2 came to a halt due to the COVID-19 crisis in India.

This film is directed by Anees Bazmee, and soon is going to resume the shooting.

Bhool Bhulaiyaa 2 is the sequel of Bhool Bhulaiyaa which starred Akshya Kumar and Vidya Balan in the lead. The new film in the franchise stars Anil Kapoor and Tabu.

Film Bhool Bhulaaiyaa has set a margin of entertainment and successes, let’s see whether the sequel can cross its bench mark or not. 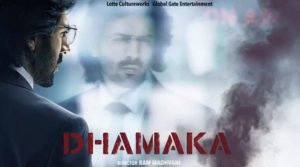 Kartik Aaryan on his 30th birthday announced his upcoming film ‘Dhamaka’. The movie is directed by Ram Madhvani.

The movie will be released under the production of RSVP in association with Lotte Cultureworks & Global Gate Entertainment in 2021.

It is the remake of the Korean Film ‘The Terror Live’. Where the story revolves around a newsman, who discovers he’s been rigged with a bomb after he has an exclusive interview with a terrorist who blew up a bridge.

Taking to twitter, he shared the motion poster of the film, which showed him looking at a burning Bandra-Worli Sea Link bridge from the window of a building.

We wish Karti a great success for his upcoming films.