Just twelve months left for the final of the ICC Men’s T20 World Cup 2021 in India, ICC and the Board of Control for Cricket in India (BCCI) have teamed up to reveal a new brand identity for the 16 participating teams in Dubai. 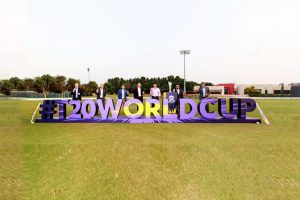 The ICC Men’s T20 World Cup 2021 theme is inspired by the colors of India and the passion for the game which identify the bright and full of energy.

The board secretary promised that all the 15 visiting teams will get a taste of India’s warm hospitality, where Board secretary Jay shah quoted, “The BCCI will leave no stone unturned in ensuring that the health and safety of everyone concerned in this showpiece event is taken care of, as India is known for its warm hospitality and we will make you feel at home.”