(SunstarTV Bureau): After an incessant domination in the social media platform, Facebook Inc. is all set to expand its Unified Payments Interface (UPI) in India.

The company, owned by the billionaire Mark Zuckerberg, was struggling for years to get approval to operate its WhatsApp payments service in India. It finally got the permit for the roll-out. 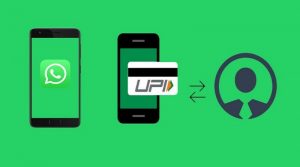 The US social media giant aims to gradually expand its UPI base beginning with as many as 20 million users. Facebook has been testing WhatsApp payments in India since early 2018. The approval for Indian market is the latest milestone for Mark Zuckerberg-helmed firm that bagged $5.7 billion by agreeing to buy a 9.99 per cent stake in Mukesh Ambani’s digital services unit, Jio Platforms Ltd.

In April alone Mr Ambani’s unit has attracted more than $20 billion as global tech behemoths including Intel Corp. and Google doubled down in partnering Asia’s richest man and the most influential business leader in India.