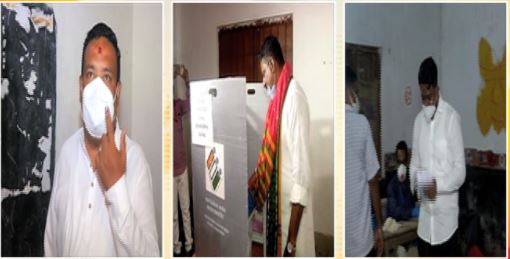 It is to be noted that the Pipili seat fell vacant after the death of BJD MLA Pradeep Maharathy in October last year. So by-elections are being held here. Voters have been voting in various booths since 7 am. A total of 2,29,998 voters will cast their ballots. Voting is taking place in 36 polling stations. Strict security measures have been put in place for voting. As of 9 am, the turnout was 7.6 per cent so far.