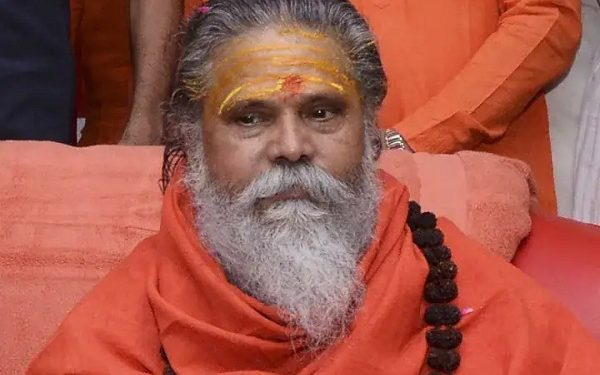 According to reports, Mahant Narendra Giri had a scar on his left eyelid as a child. When he arrived in the village 10 years ago, his wounds were visible, his family members said. The family has also demanded an exemplary punishment for the culprits by unravelling the mystery of his death. Purnachandra and Laxmikant, the younger brothers of the late Mahanta Narendra Giri, said the family would provide all possible assistance if the state government took the initiative.

Narendra Giri, the eldest son of Sanatan Giri and Ramamani Giri of Panishanda village, also graduated from Sukhshanda Primary School and a seventh grader from the nearby Kalahi English School. His family’s finances were not transparent, and his studies there were banned. Dad was helping him when he ran a family shop at Deula Hat near Sanatan. He is married to his sister Basanti Behera in the village. Brothers Purnachandra Giri and Laxmikant Giri are now living in Panishanda. The other two sisters, Gurubari Jena and Sonia Patra, are married and live in Anlia under Bhograi block and Bakharpur village under Ramnagar police station in West Bengal, respectively.

Today, Narendra is only 20 years old at the age of 54. A proposal came from the Kalinganagar area of ​​West Bengal for her marriage, but the father refused because the girl did not like it. However, a young man near his house married the girl. At the time, Narendra’s own cousin, Karthik Giri, was 18 years old, but he was already married. Being rude on father Sanatan, he left home and family on the pretext of going to the Deula Hat market on a Sunday afternoon, on Rakshipurnima, Bhadrab month.

By then, sister Basanti’s marriage was over. The younger brother Purnachandra was 12 years old and Laxmikant was only 7 years old. The two younger sisters Gurubari and Sania were not born that time. For about five years, all of Father Sanatan’s farms were sold in various places amid Narendra’s search. Narendra’s father, Sanatan, died. Mother Ramamani also passed away in the month of Karthik less than 10 years ago today. Months after her mother’s death, Purnachandra came to her younger sister Sania’s village in Bakharpur. On his way home from there, he met Narendra. Babaji was unrecognizable as he was in disguise. Narendra, who had been sheltered for some time, was introduced to his younger sister Sania.

After many requests, he went to his house and stayed for three days. On hearing the news, Purnachandra reached there and brought his elder brother Narendra to home. He was also accompanied by Subal Jena of Badsarisha village in Bhograi block of Ayodhya Laxmanjhula monastery in Uttar Pradesh. During his 15-day stay, he identified almost everyone in the village and accurately described all the incidents during his stay in the village. Sister Basanti also stayed at her house for 3 days. A year earlier, he had come to the village and begged his mother Ramamani.

He returned home two and a half months later and stayed for five days. A month and a half later he came home and stayed for 3 days. At the same time, he announced that he was going to become the mahant of the Bagambari monastery and that his brother would take the two of them there. However, Purnachandra and Laxmikant did not agree to go with Narendra at that time. Family members said he was no longer in contact with the monastery. He was later found dead on TV and identified as a photo of him on the TV screen.