SunstarTV Bureau: The All India Institutes of Medical Science (AIIMS) Bhubaneswar had been received Kayakalp award under B category for cleanliness for third consecutive year.

Union Health Minister Dr. Harsh Vardhan had presented the award in a virtual ceremony at New Delhi, on Tuesday. 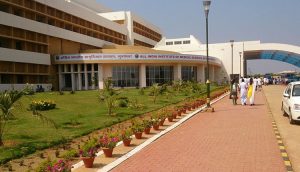 It had earlier received the award in 2018 as well as in 2019 for becoming second cleanest hospital in the country among category B hospitals (less than 1000 beds) and received Rs one core as prize money.

Similarly, among the DHHs, Angul District Headquarters Hospital (DHH) has been awarded as the Kayakalp Winner Hospital while DHH Kalahandi was felicitated as Runners Up Hospital.