SunstarTV Bureau: A man lost Rs 1.4 lakh to cyber fraud after getting trapped in an attractive offer through an advertisement on the social media platform on Tuesday.

The victim went through an advertisement regarding sale of a bullet bike. He followed the steps prescribed in the advertisement and paid the amount to purchase the vehicle. 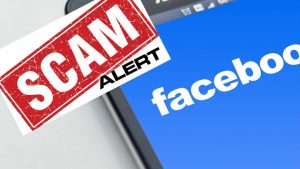 Later, he realised that he fell prey to cyber fraud after the money was debited from his account through online transaction.

He has lodged a complaint with police as well as cyber help desk in the Capital City.

The fraud took place a day after a city-based woman fell prey to a similar racket and lost Rs 2.58 lakh to fraudulent online transactions on her credit cards. The matter came to light after she lodged a complaint with police cyber help desk.

Next time you go through any advertisement on social media platform Facebook on attractive offers regarding any sale and purchase of articles, make sure you do not get trapped in the net of a cyber criminal.