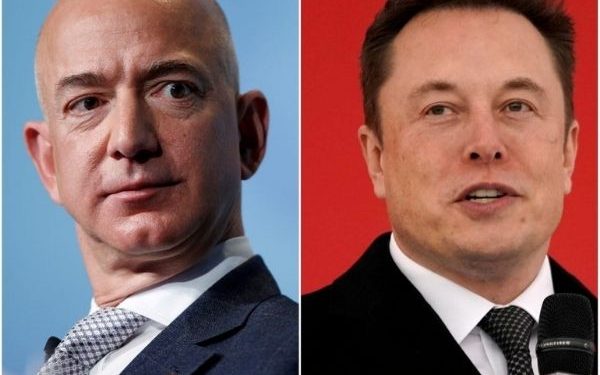 SunstarTV Bureau: Tesla CEO Elon Musk surpassed Jeff Bezos as the world’s richest human with an estimated net worth of 185 Billion dollars, up from just over 27 billion dollars in 2020.

Reportedly, a 4.8 percent rally in the electric carmaker’s share price on Thursday boosted Musk past Amazon’s founder Jeff Bezos on the Bloomberg Billionaires Index, a ranking of the world’s 500 wealthiest people.

Elon Musk’s net worth was 188.5 billion at 10:15 am in New York, 1.5 billion dollars more than Bezos, who has held the top spot since October 2017. As chief executive officer of SpaceX, Musk is also a rival to Bezos, owner of Blue Origin LLC, in the private space race.

Notably, China’s Zhong Shanshan has vaulted past Warren Buffett to claim the sixth slot after shares of his bottled-water company surged, adding $15.2 billion to his fortune.