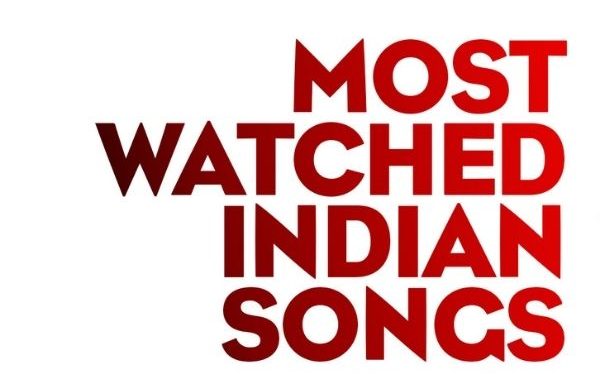 SunstarTV Bureau: The year 2020 may be the worst year of ten decades starting with deadly virus and followed by worldwide lockdown. But it certainly gave some platforms a hiking boost. Among those YouTube was at the apex.

Ritviz is not new when it comes to delivering chartbuster hits. Liggi by Ritviz has a very chill vibe attached to it and is still topping the charts on various music streaming platforms. The video of Liggi has close to 85 million views on Youtube and the number is rising day by day. The track is written, composed, produced and performed by Ritviz himself.

In a lyrical and melodic departure for the Adam Levine-led group, this unlikely reggae-meets-“Canon in D”-inspired track serves as a tribute to the band’s former manager and friend, Jordan Feldstein, who died in 2017. With somber lyrics like “Now my heart feels like December when somebody says your name/ ‘Cause I can’t reach out to call you, but I know I will one day, yeah,” the song is the perfect reminder to raise a glass to those who have left us in a year filled with so much.

Lucky Ali’s track just got back in our playlist and we are still hooked to it. The video of Lucky Ali singing to O Sanam went viral and not to forget mention he just made our year and we can’t be more thankful for it. Netizens went gaga with his song and they even started appreciating the ‘Hmmm’ of Lucky Ali and this clears up a lot of things that netizens still do care about the talent.

Popular YouTuber Carry Minati aka Ajey Nagar from Faridabad has set the internet on fire with his latest rap song Yalgaar. He had been ruling the headlines lately for his roast on TikTokers. He came up with the video titled ‘Youtube vs TikTok’ which went viral on the internet. In the video, he hilariously dissed the TikTokers, especially Amir Siddiqui. While the videos garnered much praise from a large part of the viewers, many objected to it and later YouTube removed the video for not adhering to its guidelines. The video had become the most-watched video on YouTube ever. A disheartened Carry Minati also shared his sadness over the same with his fans but did not lose hope. On Friday, he hit back at the trolls who targetted him on the controversy and gave them the perfect answer with his song Yalgaar.

Ed Sheeran is a popular British pop singer, who kick-started his music recording career in 2005. Ed Sheeran’s songs like Photograph, Perfect and Shape of You gained him immense popularity which increased his fan following.

The music video, which was #3 last week, jumps to #1 on the strength of its 69.9 million tracking period views. The count tops last week’s already-impressive count by a mammoth 124%.

With other eligible streams included, “Titliaan” received 95.8 million total YouTube plays during the November 27-December 3 tracking period. Up 188% from last week’s figure, the count sends “Titliaan” up ten places to #1.