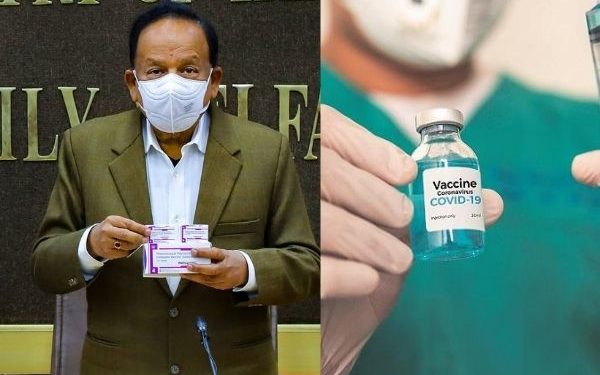 SunstarTV Bureau: Union Health Minister, Harsh Vardhan has announced to provide the vaccine for free of cost across the country.

“Not just in Delhi, it will be free across the country,” Vardhan said when asked for the government’s position on the issue after reviewing the dry run at a government hospital in New Delhi.

#WATCH | Not just in Delhi, it will be free across the country: Union Health Minister Dr Harsh Vardhan on being asked if COVID-19 vaccine will be provided free of cost pic.twitter.com/xuN7gmiF8S

Today, India gears up to launch the world’s largest immunisation drive against corona virus and began the dry run for the vaccination at 259 sites in all states and union territories.

The central government plans to vaccinate nearly 30 core persons in the first phase of the immunisation drive. The vaccine will be administered to one core healthcare workers, along with 2 core front line and essential workers, and 27 core elderly, mostly above the age of 50 with comorbidities.