Salman put up a message for his fans outside his Galaxy Apartments residence in Mumbai. He urged them not to form a crowd outside his building, as he is not at home. He also requested them to follow social distancing and wear a mask all times. 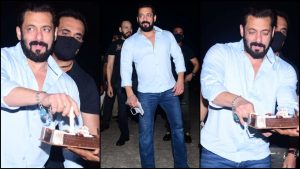 Bhaijaan is also well known as the most eligible bachelor in Bollywood. He seems to be in no hurry to get married, although he often expressed his desire to have children.

Salman Khan is all set for his upcoming film, ‘Antim: The Final Truth’, where his first look went viral on social media.

Earlier, Salman’s brother-in-law, Aayush Sharma, shared a glimpse from the film through his Instagram where he was spotted as a Sikh police officer and walking to the sets in grey pants, navy blue shirt, and a turban with dark sunglasses. 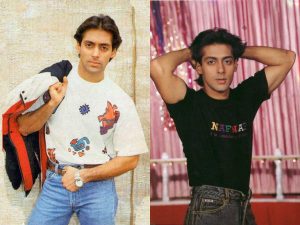 Salman Khan had first appeared in a supporting role in Rekha-led Biwi Ho Toh Aisi. He made his debut as a leading actor in Sooraj Barjatya’s Maine Pyar Kiya in 1989.

Dhabang Khan was not always the action star he is today. He first impressed viewers as a romantic hero with movies like Hum Aapke Hain Koun, Saajan and many more.

Bhaijaan is packed with his upcoming movies like Radhe, Kabhi Idi Kabhi Diwali and Antim: The FinalTruth.

We wish Salman a very happy birthday with all the happiness and glory in his life.

Odisha continues to shiver with 12 places below temp 10 ◦ C

Odisha continues to shiver with 12 places below temp 10 ◦ C