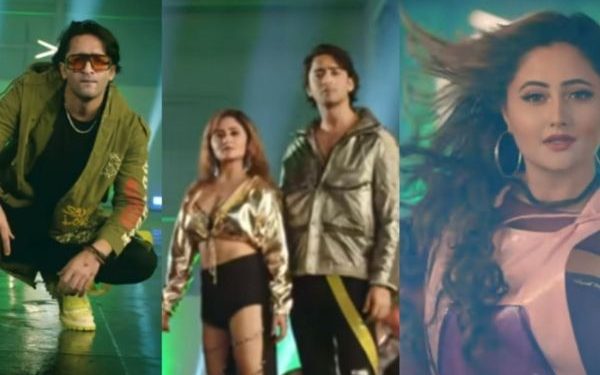 In this song, television actor, Shaheer Sheikh is feature opposite to Rashami alongside Sana Saeed and Singer, Palaash Mucchal.

The song has been directed and choreographed by Saurab Prajapati with Said Mallick as the creative director, and has been composed by Palaash Mucchal.

The lyrics of the song have been written by Bipin Das, Alok Jha and Kunaal Verma.

The teaser of the same was released yesterday and it was captioned as, “This Christmas, No More Drama, No Babu Shona.”