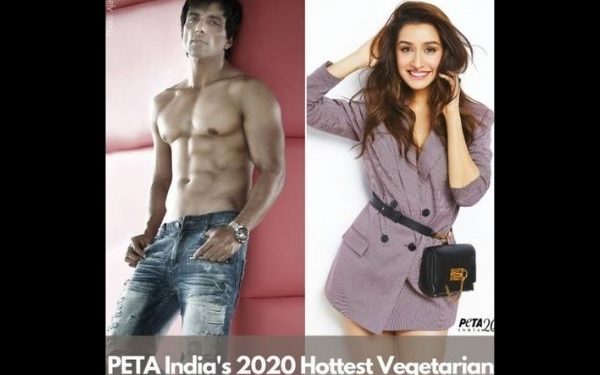 SunstarTV Bureau: People for the Ethical Treatment of Animals (PETA) India have addressed actors Sonu Sood and Shraddha Kapoor as the hottest vegetarians 2020.

According to the sources, the Punjab Youth Icon appeared in a pro-vegetarian PETA India print campaign, participated in the group’s ‘Hug a Vegetarian’ Day, and supported a social media appeal to push McDonald’s to add a McVegan burger to its menu.

On the other hand, Bollywood style icon, Shraddha Kapoor was inspired to quit meat after she came across a cookbook shared by PETA India.

PETA India director of celebrity and public relations Sachin Bangera stated, “Sonu Sood and Shraddha Kapoor are helping to change the world every time they sit down to eat. Fruits and vegetables never caused a pandemic, and PETA India is honouring Sood and Kapoor for living by example and encouraging their fans to make eating meat-free their ‘new normal’.”