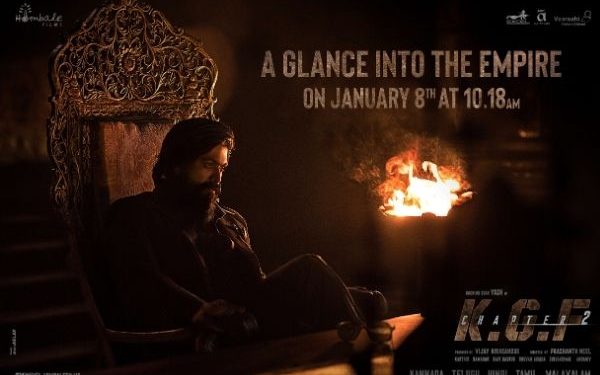 SunstarTV Bureau: The much awaited movie, KGF: Chapter 2 teaser will be released, on January 8, 2021.

Director, Prashanth Neel took to his Twitter handle to announce the news, “A glance into the Empire. It might have taken a year longer for this, but we are coming stronger, bigger & deadlier! (sic).”

This time, Sanjay Dutt will be a new addition to KGF franchise, as the main antagonist Adheera.

According to sources, along with Sanjay Dutt, two other actors to join the film are Prakash Raj and Raveena Tandon.

KGF: Chapter 2 stars Yash in the lead role. The two-part fictional mob drama traces the journey of India’s most dreaded criminal, Rocky. After losing his mother at a very early age to poverty and sickness, Rocky develops an insatiable urge for power. And his pursuit leads him to gold mines of Kolar, and a turf war ensues.